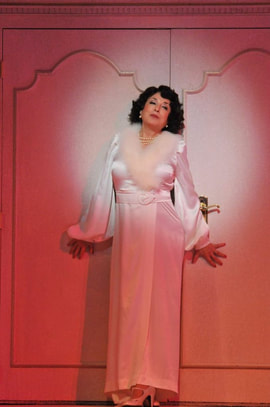 Duchess of Argyll
The Countess / The Queen of Spades, Tchaikovsky (Glimmerglass Opera)
"The seasoned soprano Patricia Schuman’s Countess was a Masters Class in refined singing and concentrated stage comportment. Ms. Schuman can merely raise an eyebrow and communicate volumes in her laser focused characterization. Moreover, many years into a successful international career, she is singing wonderfully, her substantial instrument still fresh and powerful. That this treasurable artist was matched in quality by the remaining cast of Apprentice Singers is a testament to that training program, helmed by Allen Perriello."
Opera Today / James Soh

Duchess of Argyll / Powder her Face by Thomas Ades (Opera Philadelphia, Boston Opera)
“On only several weeks’ notice, the emotionally and vocally demanding role of the Duchess was assumed by Patricia Schuman.  Schuman gave a sensational account of the role.”
Opera News / David Shengold

“Schuman is a flawless fit for the part, playing the lady with an elegant exterior that hides a rotten, soulless core.  Her supple, athletic soprano meets the demands of this music, with a cool center and hot upper end.  The more titillating moments (the infamous “humming” sex scene) are played straight, and are funnier as a result.”
Broadway World / Marakay Rogers

“As the duchess, soprano Patricia Schuman was haughty but elegant and sang the difficult score with full-bodied sound.”
The Opera Critic / Steve Cohen

“Patricia Schuman turned in a brave and remarkable performance as the Duchess of Argyll. Schuman is an elegant presence on stage with a regal bearing…Some of the demands placed on Schuman were outlandish and even out-of-bounds.  Yet, she did even these things with the propriety of an English aristocratic - a testament to her ability to internalize and render an authentic character during performance.”
pollytalkfromnewyork.blogspot.com

“Star performance Patricia Schuman, who portrays Margaret, Duchess of Argyll, manages to keep a strict upper crust appearance with such a lady-like persona that it is challenging to think that the Duchess could be such a flagrant provocateur.  Ms. Schuman is a convincing Duchess…throughout she is fully in command of the stage, while the rich tones of her soprano portray the fact that she is every bit the diva of the opera.”
philly.com / Peter Dobrin

“Patricia Schuman, playing Joan Collins playing Vitellia with sly restraint and wit, made light of the role’s formidable difficulties, the top of the voice brightly secure, the bottom smokely colored and used to tinglingly seductive effect.”
The London Times

“Patricia Schuman excels as the turbulent Vitellia - simmering with lust, panting for revenge and finally distraught with remorse.  She commands the proceedings with gorgeous clarity and purity of tone, managing her huge vocal leaps with ease.”
Business Life

“Patricia Schuman made a deliciously villainous Vitellia, rising to the formidable vocal demands of the role and displaying an evenness of tone throughout her considerable range."
Opera magazine

“Most pleasing of all is Patricia Schuman’s delicious Alice Ford, her soprano full and focused.
The Times (London) / John Allison

"The merry wives are led by Patricia Schuman’s Alice Ford, who has bags of spirit and a characterful soprano timbre with a fast vibrato.”
Financial Times / Richard Fairman

“Of the performers, Patricia Schuman is a thrilling and luminous Alice Ford.”
Metro / Warwick Thompason

“The American soprano Patricia Schuman is a formidable Genoveva, her voice at all times secure and her acting more than capable of moving on from the opera house.”
Yorkshire Evening Post / M. Woods

The Mother / Breaking the Waves by Missy Mazzoli

Grandma Mills / The House without a Christmas Tree by Ricky Gordon

“They live in his mother’s house, played by soprano Patricia Schuman with lots of love and maybe too much patience for her emotionally crippled son.
Theater Jones / Gregory S. Isaacs 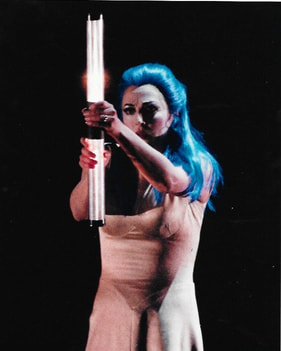 “The huge cast - especially Patricia Schuman in the murderous role of the  Commander - was faultless.
Daily News / Bill Zakariasen 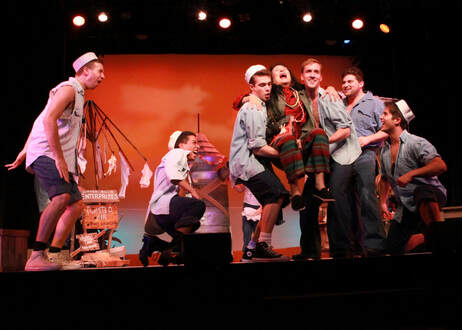 “Equally satisfying is Schuman’s performance as the foul-mouthed, entrepreneurial Bloody Mary.  If you didn’t read the program you would never know that she is famous for portraying Mozart heroines, for her Bloody Mary is as crass and down-to-earth as you could wish for…”
CT Critics Circle / Geary Danihy
“One of the biggest scene stealers in this show is Patricia Schuman as Bloody Mary.  She makes a gangbusters entrance, bringing this comic character to life.”
Theater Mirror / Tony Annicone

“Patricia Schuman…her voice has affecting colors, presence and agility. The dignity of her singing created an ironic counterpoint to the indignities Donna Elvira submits herself to.
The New York Times / A Tommasini
​ 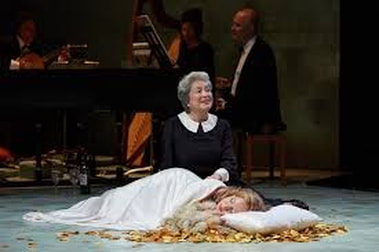 Arnalta / The Coronation of Poppea
"...A deeply considered performance.  Having the nurse, a role traditionally assigned to a male, as a soprano, banishes any trace of campiness and preserves the character’s dignity."
Chicago Classical review/ John von Rhein
"Patricia Schuman as Arnalta, Poppea's old nurse, claims a memorable moment of beauty in her lullaby over her sleeping mistress.'
Broadway World / Steve Callahan
'Patricia Schuman displays impressive musical and dramatic range as Poppea's nurse Arnalta, a role oft
en sung by a contralto or even a tenor.'
Stage Left